By Chloe Morgan For Mailonline

Kate Middleton revealed Prince William has told her 'a lot about Sandhurst' as she spoke with a WWII veteran ahead of Remembrance Day.

In the sweet video, shared to the Duke and Duchess of Cambridge's YouTube channel, Kate, 39, spoke with 98-year-old veteran Colonel Blum and Cub Scout Emily, 10, and asked them to share their stories.

'Well, I was a Pimlico boy and I got called up for the army,' explained Colonel Blum. 'I was actually called up to Aberdeen. Then I was selected for commissioning and I went to Sandhurst.'

Kate responded: 'It was probably tougher than than when my husband did it. I've heard a lot about Sandhurst,' to which Colonel Blum added: 'It had its moments.' 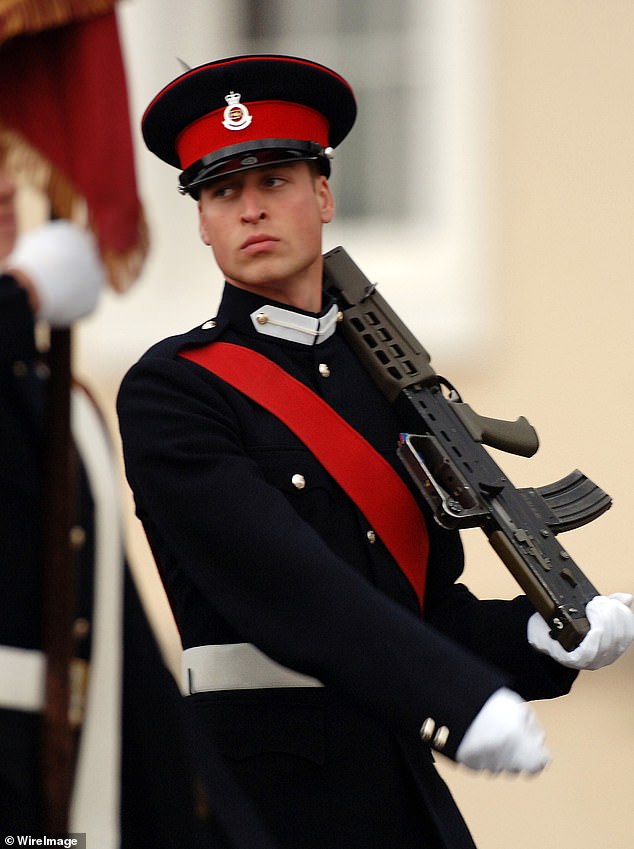 Kate Middleton, 39, opened up about Prince William's time at Sandhurst in an interview to mark Remembrance Day. Pictured, royal takes part in the Sovereign's Parade at the Royal Military Academy Sandhurst on December 15, 2006

In December 2006, he was commissioned as an Army Officer and later served with the RAF as a search and rescue helicopter pilot.

The royal who is second in line to the throne, has previously referred to his job as a search and rescue pilot as his greatest calling in life.