At 9.22pm on Monday evening, Kabul time, former interpreter Abdul Ahmad received an unsolicited email from the Ministry of Defence in London.

It read: 'Dear Sir or Madam. We hope this message finds you safe, please rest assured that the ARAP (Afghan Relocations and Assistance Policy) casework team in the UK is doing everything it can to relocate you as safely as possible.

'We understand staying in contact with us may be extremely difficult and in some circumstances put you at risk, this is why we will not telephone you for the time being. Instead we will send you this link every week which will allow you to get in touch.'

At the bottom of the email, in larger, red-for-danger font, was the instruction: 'Do not put yourself or your family at risk if it is not safe for you to leave your current location.'

Abdul might have taken comfort from the fact he had not been forgotten entirely by his former employers. He is one of hundreds of Afghans who are in hiding here.

Their lives are in danger because they worked as interpreters for British forces in the Afghan frontline and were then left behind in the chaotic evacuation when the West pulled out and the Taliban took control last month. 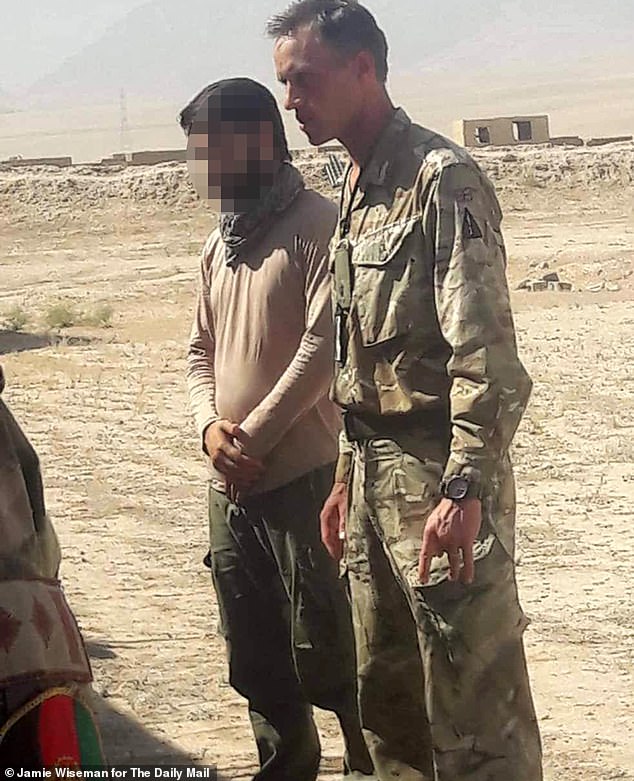 But far from reassuring him, the email has put his life – and those of others – at even greater risk. Whoever sent him the message on Monday mistakenly copied in 254 other Afghans; all like him former British military employees currently living an underground existence to avoid Taliban revenge.

The email addresses contained their names and, in some cases apparently, had their photographs attached. A potentially fatal security breach. A gift to the Taliban head-hunters.

It took only a matter of minutes for whoever sent the original email from the UK to realise their dreadful blunder.

Half an hour after the first ARAP message, Abdul received a second, this time addressed to him alone.

It said: 'Please delete the previous email sent from this address. We recommend you change your email address.'

Defence Secretary Ben Wallace has announced an urgent investigation. But it is too late. The damage has been done.

'I was shocked,' Abdul says. 'It was such a big mistake. My security has been compromised, yet again. Unlike some of the others who received the first email, I did not reply because I saw it was addressed to 'You and 254 others'.

Who knows what they will do to us now? Horror of 255 interpreters stranded in Kabul after MoD email blunder blew their cover

Read Who knows what they will do to us now? Horror of 255 interpreters stranded in Kabul after MoD email blunder blew their cover by Daily Mail